Welcome to the Virtual Verandah, which is getting crowded.  Meet Latte Woman and her White Male Companion, our Political and Cultural Correspondents. 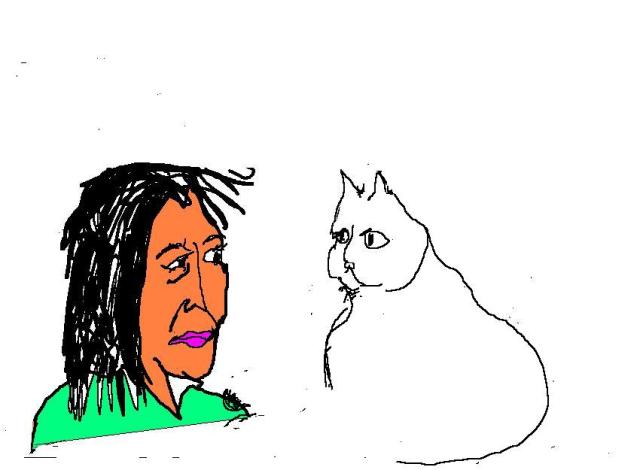 Memphis Earlene  doesn’t like the looks of the new arrivals.

“She looks like one of those Talking Heads on TV and he’s just coughed up a hairball,”

“It’s an election year.  I need someone who reads the papers and has Opinions,” I explain to Memphis Earlene.

Latte Woman reads the New York Times, which she refers to as “That Right Wing Rag”.

She’s an Anti-social Socialist, a Secular Humanist with no faith in humanity, and she has Feline Dependency Issues.

I’m hoping she will help me jump start this blog, which is one of my New Years Resolutions.

I’m hoping she and Memphis Earlene will hit it off, given enough time , Southern Comfort, and Caffein.

This entry was posted in France. Bookmark the permalink.