I’m in a Doctors waiting room in Amherst Virginia, been here for two hours, FOX NEWS on the TV. Springtime for Hitler doesn’t feel so much like a joke. I got a tick bite, but a good dose of anti-biotics will ward off potential Lyme Disease.

Fox News, on the other hand?

When Ford Madox Ford was my age he looked like an old Walrus. Or else he was dead. One of the All-Stars– wrote THe Good Soldier and Parades End, which are still very much alive.

He beat the reaper.

I might not live long enough to finish my masterpiece.

You can grow old with the Blues, she reminds me.

That is, if they don’t kill you first.

“If the Blues were going to kill you you’d be dead already,” says Memphis Earlene.

“‘ You get to be an Old Blues Woman in this lifetime” 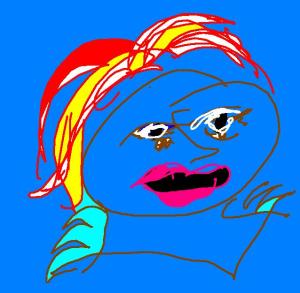 Not that I’m there yet.