Love Letter to the IRS 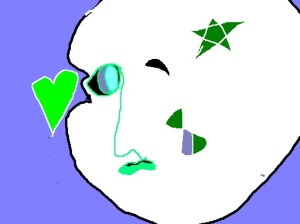 This is a love letter. Bet you don’t get many of those.[1] Mind if I call you Irving? You’ve been called worse.

Some think hating you is the highest form of patriotism. I, on the other hand, think of you as the man I married in 1975 when I was fresh out of law school and saddled with debt.

We met at a job fair in Washington DC, back when women with law degrees were novelty acts. Your experience with women was limited to secretaries, clerk typists, and the girls at the Lone Star.[2]

I looked into your pale eyes and said, “Speak to me about ERISA.”[3]

Aha! A live one, you thought.

When you asked about my long-range career goals I lied and said I wanted to be a GS-13 Tax Law Specialist.  I signed on to protect and defend the Constitution.

There’s a wistful quality about you, Irving. At parties you stand around the clam dip and hope beautiful women will flirt with you.   You wear cheap suits that are too big in the shoulders and use Old Spice aftershave.   You are tone-deaf, near-sighted, humor-impaired, and partially color-blind, which is maybe why your socks don’t match. Your eyes are the color of cocktail onions bottled in brine.   You are officially apolitical, like death itself.

You thrive under fluorescent light, much like the plants we keep in our cubicles to remind us that green is the color of life as well as money.

You are partial to veterans, men who almost became priests, and big fish from small southern towns where everyone works for the mills.   People for whom institutional loyalty is second nature.   I was loyal to you in my fashion. “Taxes are the price we pay for a civilized society, [4]” I’d respond when taunted.

You are furtive about your trysts with high priced call girls who so often steal your wallet, but not about those long lunches in the Lone Star.

You’re so not my type.  You know nothing about jazz nor do you subscribe to High Times for indoor gardening hints.   You haven’t spent your adult life studying t’ai chi so you could become a better surfer.“What’s foreplay?” you asked me once; and when I explained, you said it would take too long.

Oh Irving! You saved me from a life of shared apartments in rough neighborhoods, storefront clinics, second hand clothing and ramen noodles in exchange for the best years of my life, the prime time of my days (Monday through Friday with a half hour for lunch).

Financial dependency laced with resentment? I’d call it old-fashioned married love, not unlike my grandmother’s marriage, which lasted 50 years most of them unhappy. I was only going to stay till I finished my first novel, which would surely be a bestseller, like Fear of Flying. [5] Please don’t laugh. We were all young once, except you.

Like many women I shaped myself to your needs, which were foreign to my nature, and consoled myself with fantasies of secret stardom. Attempts were made to ignite passion in hotels that did not have room service. I was Joan Didion [6]with a migraine in Detroit but we’ll always have Fresno. That motel had a swimming pool and the nighttime sky stayed pink. We pretended I was Joni Mitchell and you were Crosby, Stills and Nash. I’m glad you talked me out of the tattoo. Some might call it Stockholm syndrome, but I say love the one you’re with. [7]

Writing was my true love, but you came first.

Thirty years passed, not as a dream. More like a situation comedy in real time with no laugh track. Your gradual loss of self-esteem was painful to behold.   I watched you experiment with hair gel and try to squeeze your stout self into Euro-styled suits. You wanted to look more ‘corporate’. Tried to pass yourself off as MasterCard or LL Bean. I protested when you changed our mission statement.Instead of “taxpayer assistance” we would provide “customer service,” and “customer satisfaction”.

I drew the line at language abuse.

You looked right through me with those cocktail onion eyes. It was as though I hadn’t spoken.

I skipped out on my retirement party. Didn’t even say goodbye. Our divorce was final and I was bitter at first about The Wasted Years.

I should have been more gracious, especially in light of the pension.  Writers need patrons or grants or some means of earning a living while we are learning our craft, and even afterwards.  You kept me on a short leash in terms of time but left me to write whatever I chose so long as it did not reveal sensitive taxpayer information.   You honored your obligations.

You were my first and best teacher.   You taught me that proper punctuation has the force of law.

With love and gratitude,

[2] Topless bar in Washington DC across the street from the FBI building. Rumored to have been acquired by the FBI from a seizure.

[3] The Employee Retirement Income Security Act of 1974 (ERISA), a heartbreaking work of staggering complexity, intended to ensure that the private pension system would provide meaningful benefits to employees through a series of tax incentives. It was widely believed that this could be accomplished through a complex network of regulations containing loopholes big enough to drive a truck through.

[iv] Oliver Wendell Holmes, Jr. quote that is carved above the entrance of IRS Headquarters at 1111 Constitution Avenue.

[v] Published in 1973. Arguably the Great Jewish American Feminist Comic novel. Certainly the first, and a hard act to follow.

[vii] Title of song by Stephen Sills. Don’t think the original expression was his.

7 Responses to Love Letter to the IRS