Poor Maureen Dowd, but how could she have known? 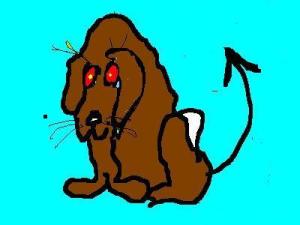 She hadn’t spent the early Eighties being a weekend hippie like I did.   But smoking is so hard on the lungs if you inhale. Walter White, meet Betty Crocker.

“Step away from that oven.  Put the cookbook down,” says Memphis Earlene, “Don’t even think about it.

She’s referring to those Alice B. Toklas Gingersnaps I used to make.

Little known fact–baked dope is much stronger than smoked dope. The high is higher and kicks in long after you forgot you’ve eaten the cookie–or cookies, because the ones I used to make were tasty.  Two were more than enough. Three was asking for trouble.

Good times, not that I remember much.

Woke up one morning to find an empty canister, a huge puddle of ginger colored dog puke and Morgan sleeping off what could have been a bad acid trip on steroids in a human being but was just naptime. He’d eaten an entire Tupperware canister of fresh baked Alice B.Toklas gingersnaps I’d been careless enough to leave on the coffee table.

There’s no such thing as a bad acid trip if you’re a golden retriever.  They are enlightened beings unlike you or me or Maureen Dowd.

If you live in Colorado and insist on venturing into the dangerous world of baked goods you’ll want the weakest dope possible, the kind frequently taken for oregano, not the one toke variety.  One toke dope is Overkill.  And you don’t want to use sugar. Sugar adds that addictive quality, which is why it’s so hard to stop at just one Pepperidge Farm Mint Milano.

If you insist on baking cookies they should be no more appetizing than dog biscuits.